THIS ‘And’ the official voice of CLUB INTERNATIONAL BEARD AND MUSTACHE called F.lli Locatelli Active since 1965, based in Carvico, a town located in the eastern part of the province of Bergamo (Italy).

NOTICE TO ALL, AND MEMBERS and sympathizers, NEXT EVENT: PARADE IN COSTUME IN BERGAMO Sunday, 06.03.2016 ADUNATA AM TO 15 TO BERGAMO STATION

Since November 2015 has returned to the site www.baffomania.it, created the 3-Jul-2001 (CET Whois search). It was blocked for some years. Continue updates in other languages. CLICK on the photos to zoom in and on the flags to change language.

See below some SHAREHOLDERS in costume, before the annual event of spring waiting to walk the streets of Bergamo along with other folk groups and 50 to 70 large floats. 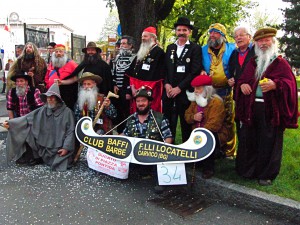 required to be 50 years, in Italy and abroad, in public demonstrations and competitions, to exalt, enriched by elegant costumes, beards and mustaches the ‘honor of the minds and cheeks. They propose to free themselves from the slavery of razor morning and evening roughness of the face that leaves the children and many women who do not bring their cheeks to face bristly. It ‘also historically a sign of peace, non-violence, respect for nature also. Beards and mustaches are one means of differentiation, in fact even in the same family, or in a closed ethnicity, sometimes they highlight the different personalities between fathers, sons and brothers, with smaller differences of hair spread, the length, thickness and color of the face that otherwise the structure are very similar. Differentiation is one of evolution tool and culture.

We have sown well in recent years and beards and mustaches are spreading all ages and social categories. It ‘also a sign of peace, non-violence, respect for nature and differentiation because even in a family show personalities ./////////// 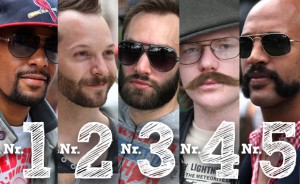 Even children were happy at Christmas 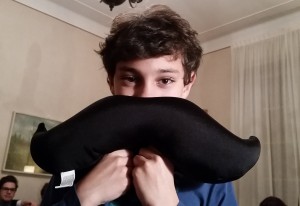 receiving a big mustache >>>>>>>>>>.
After a few months that is allowed to grow a beard and mustache, the hair becomes soft and refined by more WOMEN IN THE LEG.
Many types of skin damage they receive from razors and redden for various problems.
In parades during the holidays and everyday life they are appreciated, not only voluminous beards and mustaches, but also for those particular color or shape care. In many national or international competitions of beards and mustaches are popular costumes related to the different categories that are internationally recognized (free, natural, developed in imitation of King, Garibaldi, Verdi, Dali etc.) As mentioned in other articles appropriate